New year is coming! Have you prepared various knick-knacks, food, fireworks, and snacks to welcome the new year? Yes, in Indonesia, in general, year's eve celebrations are always synonymous with fireworks. Usually every family or closest person and friends will gather to enjoy various foods, play games, and watch fireworks.

Not only in Indonesia, other countries also have their own New Year's traditions which might feel unique and interesting because we have never met them in Indonesia! Come on, see the various unique New Year traditions in various parts of the world.

The Most Unique New Year Traditions

1.     Burning Scarecrow and Running with an empty suitcase – Ecuador

In Ecuador, people often celebrate New Year's Eve with the tradition of burning scarecrows in the middle of the night. In addition, they also burned photos taken last year. These things are believed to bring good luck in the new year, you know!

You will find sights of people running around housing blocks with empty suitcases, this is common when celebrating the new year in Ecuador. The tradition of 'maleta vacia; What is considered strange is believed to be able to make people visit more holiday destinations.

Ecuadorians also have another unique tradition during the new year, namely 'Champana'. This tradition is shown by pouring champagne all over on New Year's Eve to symbolize prosperity in the new year.

Want to get more luck in the new year? If so, maybe Timoti's friend can try this New Year's tradition from Spain. In Spain, they believe that if you can put 12 grapes in your mouth at midnight on New Year's Eve, luck will come your way throughout the new year.

In Japan, at the turn of the year each shrine will ring its bell 108 times. In Buddhist belief this will cleanse everyone because the 108 ringing bells represent the 108 dirty thoughts of humans.

For Timoti's friend who can't stand the cold, lucky you because you don't have to spend New Year's Eve in Sibera. This is because in Siberia there is a New Year's Eve tradition where people jump into frozen lakes holding onto a tree branch.

In Scotland, every first guest to your home is required to give a gift to the host.

Friend Timoti also has to do the same thing when visiting other people's homes. So, immediately prepare a new year's gift before visiting a friend's or family's house, yes.

8.     Everything is Round – Philippines

New Year's Eve tradition in the Philippines is synonymous with the shape of the moon. People believe that the round shape symbolizes fortune and luck. So, on New Year's Eve they will serve a variety of round foods. Fruits that are round in shape, and also wearing clothes that have round patterns in them.

For timoti's friends who are still single, in Argentina they believe that wearing pink underwear on the new year can bring a soul mate, you know!

In addition, if you want to get lucky at work, Argentineans will usually eat green beans on the new year.

Every year the Danish people will collect plates that are not used throughout the year. These plates will then be tossed at the doorstep of a relative or closest friend on New Year's Eve.

More plates thrown at your door means how many friends you have this time of year.

The shape of the tin formed is believed to symbolize a major event that will occur such as if the tin is shaped like a heart or a ring will mean marriage, the shape of a ship symbolizes a long journey and the shape of a pig means abundant fortune.

13.  Hanging onions on the door of the house -Greek

New Year or Protochronia became the moment for the Greeks to hang onions on the door of the house. This tradition signifies birth and regrowth.

This unusual tradition uses sea onions that can grow back by releasing new shoots and leaves. By hanging onions on the door, the Greeks believed they could bring good luck in the new year. The next morning, parents would wake their children up by beating onion bulbs to worship at church.

In Macedonia, celebrating New Year's Eve doesn't seem like just once. On January 14th, Macedonian people celebrate New Year's Eve once again. On this night, generally adults will give gifts to children.

On the first day of the new year, Brazilians throw white flowers into the ocean. This is done as a tribute to the Goddess of the Ocean. They also believe, the wishes and hopes that they chant when throwing this white flower can also come true.

Ice cream is one of my favorite cold snacks. Unfortunately, on New Year's Day in Switzerland people will drop ice cream on the floor as a symbol of a lucky new year celebration.

If Timoti's friend celebrates the new year in Turkey, always prepare salt every new year's celebration. This is because right after the new year's bell rings, Turkish people will open their doors and sprinkle salt on their doors. It is believed to bring good luck and abundance to the house.

In Mexico and several other Latin American countries, your luck will be affected by the color of the underwear you wear. The red color symbolizes a mate, yellow symbolizes fortune, and white symbolizes serenity and peace.

Those are some very unique New Year's traditions from various parts of the world, it may sound strange and ridiculous to us Indonesians who have never seen or practiced such traditions. Hopefully in the new year of 2022 all the hopes and resolutions of my friend Timoti can be achieved. Happy New Year!

Holiday Skincare Must Do
LA

Holiday Skincare Must Do
Agung

Holiday Skincare Must Do
YR

Recognizing Sensitive Skin and How to Take Care
Yaboku 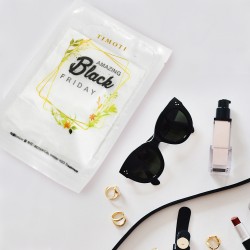 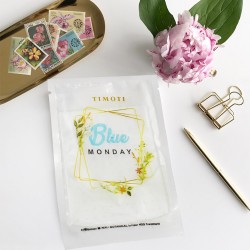 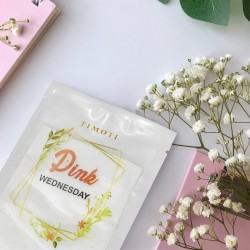 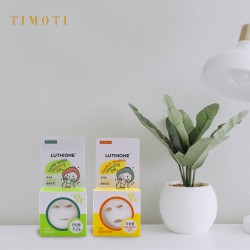 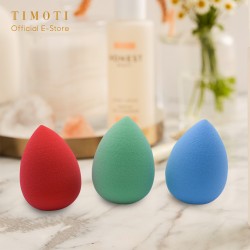 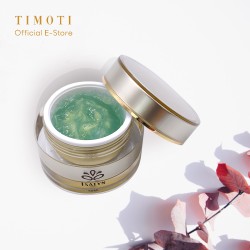